This foundation was started in memory of Brandon Jansen, who died of a fentanyl overdose at the age of 20, while attending a highly recommended treatment facility.  He tried a number of times prior to entering this facility to kick his drug habit, but kept failing as fentanyl had a strong hold on him.  His mother, Michelle Jansen, spent upwards of $200,000 on private and public treatment facilities in the hopes of saving her son’s life.

There is a drug called Suboxone which helped Brandon remain clean for a couple of months; however, the doctor at this treatment facility had, at that time, not received his exemption to prescribe the drug and, therefore, Brandon did not have access to this life‑saving measure.  This meant Brandon’s cravings and withdrawal symptoms returned.  Through contacts of other patients in the facility, drugs found their way into Brandon’s hands where he died moments after using.  Brandon died four months prior to the BC government lifting the restrictions allowing doctors to prescribe Suboxone.

Because this is not the only treatment facility where drugs have been easily accessible, we need to recognize that change needs to happen. 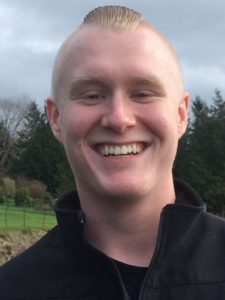 Brandon Juhani Jansen March 9, 1995 – March 7, 2016 It is with great sadness that we announce the sudden passing of Brandon. Brandon was born in 100 Mile House, BC. He grew up in Port Moody & Coquitlam. Brandon had a smile that lit up a room and always had a twinkle in his eye. Brandon was very charismatic & his magnetic personality left an impression on everyone he met. Growing up he loved going to the cabin with his grandparents (Mummu & Pappa), mother & brothers where he enjoyed hunting & fishing. He also had a great love for animals. During his teen years he began his love of fitness & enjoyed MMA Training. He dreamed of opening his own fitness center & supplement store. He is survived by his mother Michelle Jansen, father Mike Jansen (Diane), brothers Dillon & Nicholas Jansen. Predeceased by his grandparents Anja and Juhani (John) Jokinen (Mummu & Pappa). Also mourning his loss are his uncles, cousins and many beloved friends. Brandon loved his family and was very close to his brothers. His bond with his mother was so steadfast and true. He will live forever in our hearts. Brandon’s journey has touched many and he is now free from his struggle. Brandon will be greatly missed by everyone who knew him – See more at: http://www.legacy.com/obituaries/theprovince/obituary.aspx?n=brandon-juhani-jansen&pid=178026145#sthash.ILA29TAH.dpuf